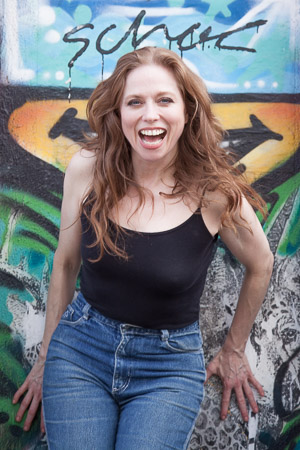 HEATHER LITTEER is an award-winning actress, chanteuse and writer who hails from Atlanta, Georgia. She has been a vital member of the “downtown” performance and alternative cabaret scene for over 20 years. Her film career includes daring roles in major motion pictures, working with an array of distinctive directors such as Jane Campion, Mary Harron and Darren Aronofsky. After world premiering at La MaMa and european premiering at Edinburgh Fringe with Assembly Rooms, her critically acclaimed solo show Lemonade was invited to present at London’s Kings Head Theatre in 2018.

“Heather’s acting is Sexy and Brash” — Time Out

“Smart, funny and very much a feminist tale. I was blown away.”­
— Justin Vivian Bond

Heather wrote and world-premiered her one woman show Lemonade at La MaMa in 2016. Lemonade went on to several festivals including the Assembly Rooms at Edinburgh Fringe, London’s Kings Head Theatre, Afterglow Festival (Provincetown, MA) and the SFX Festival (NYC).

Her daring film choices include featured roles in Mary Harron’s The Ballad of Bettie Page, Jane Campion’s In the Cut, and Darren Aronofsky’s Requiem for a Dream. Most recently she played the mysterious dancer Ginger in Harry Greenberger’s Far Away Eyes; killer-for-hire Vicky in Brazilian director Gustavo Von Ah’s Dumbo; and ex-rock star Hunter in Katrina Del Mar’s latest feature, I Got This.

Heather is a member of Caden Manson’s critically acclaimed  Big Art Group with whom she toured extensively: Hebbel Theatre, (Berlin Germany), Festival d’ Autome a’ Paris (Paris, France), Wiener Festwochen (Vienna,Austria), REDCAT (Los Angeles, CA) and Yerba Buena. She has performed with Yoshiko Chuma and the School of Hardknocks since 2016 and was recently cast in their newest project SML: Zooma, Dead End. She is a longtime member of the legendary nightlife producers The Jackie Factory, where she earned and performs under the moniker Jessica Rabbit.

Heather was awarded a 2017 and 2018 fellowship by Howl Arts!.  In conjunction with La MaMa Theater, she was a Theatre Communications Group Fox Fellow from 2014 to 2016.  She was selected to attend the La MaMa Playwrights Symposium in Umbria, Italy where she studied with Obie Award-winning playwright Branden Jacob-Jenkins.

Heather loves being a part of her vibrant, East Village community. She’s often out supporting her friends by seeing as much live performance as possible. She loves hitting the dance floor, cardio boxing, good books, and the occasional dirty martini (3 olives, please!).